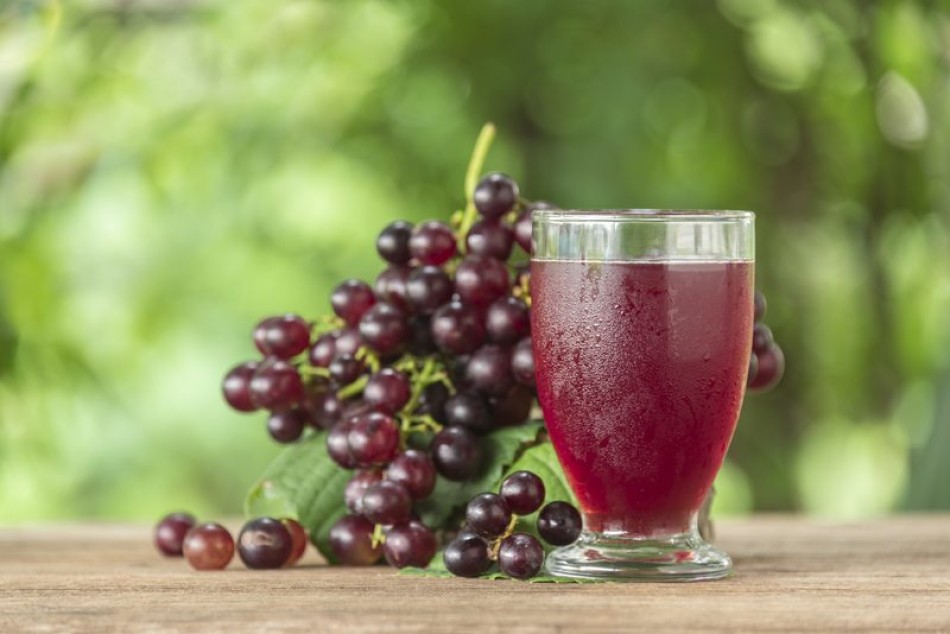 The polyphenols found in grapes, such as resveratrol and anthocyanins, are thought to have beneficial antioxidant and anti-inflammatory effects in the body. Drinks made using grapes, such as wine and grape juice, have often been researched and are widely mentioned in relation to certain diets, such as the Mediterranean Diet.

There have been several small randomised controlled trials (RCT) looking at how grape juice can enhance exercise performance or promote recovery after exercise.

In one crossover RCT, 14 male runners were given a single dose of 10ml/kg/day of either grape juice or placebo prior to running to exhaustion [1]. Researchers found that, when consuming grape juice, the participants were able to run for significantly longer than when consuming the placebo. This improvement was paired with a significant increase in total antioxidant capacity compared with baseline.

Another crossover RCT, this time in judo athletes who consumed either grape juice or placebo for 14 days, found that athletes had significantly greater upper limb strength, lower lipid damage and lower activity of a particular enzyme involved in tackling oxidative damage after drinking grape juice [2].

The effects of grape juice in our body may also have implications for other areas of our lives. A small trial in 25 women who consumed 7ml/kg/day of white grape juice for 30 days had lower body mass index, waist and abdominal circumferences after the intervention period, as well as greater 'good' (LDL) cholesterol levels [3].

In another RCT, 26 adults were given 100-150ml red grape juice or placebo for 28 days, performing exercise tests before and after the intervention period [4]. Researchers found that those with normal blood pressure levels had a significantly reduced blood pressure after consuming grape juice, whereas those in the placebo group and those with raised blood pressure at baseline did not respond. This study demonstrates that, for some individuals, blood pressure might be positively influenced by grape juice.

There is also emerging evidence that grape juice may have beneficial effects on cognition and mood due to its positive vascular effects. One crossover RCT in 20 young adults found that 230ml of purple grape juice significantly improved reaction time and feelings of calm, when compared with a placebo [5].

To conclude, grape juice has several potential health benefits mostly related to its antioxidant and anti-inflammatory effects which may have far-reaching effects on our cardiovascular system, brain health and ability to counter oxidative stress.